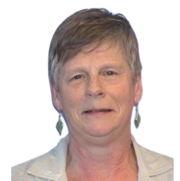 Teresa began her career in health care as a Nurses Attendant at UVA in 1979 and became a registered nurse in 1981. Her extensive background includes four years as an RN Case Manager with Continuum Home Health, and 17 years as Clinician II/III for the General Medicine unit at UVA. She also holds certification in AMSM Medical-Surgical Nursing.

Since 2018, Teresa has served as Nurse Navigator, and currently, as Clinical Program Coordinator for the Medicine HOME Program at UVA where she is responsible for the development, implementation, and management of Individualized Care Plans (ICP) for patients assigned to the program. The Medicine HOME Program officially joined Population Health in 2021.

Teresa was the recipient of the UVA Health Daisy Award for Extraordinary Nurses in 2016. She is known for going above and beyond to serve individuals who have multiple chronic medical and behavioral health conditions. She is passionate about overcoming social barriers to health such as homelessness and unstable housing, food insecurity, lack of transportation, and more, which are exacerbated by systemic problems such as racism and poverty.